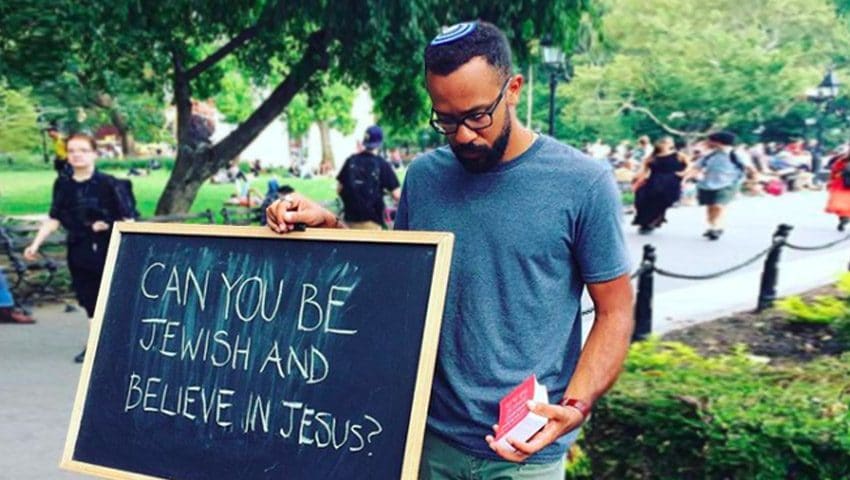 When I first heard the name Robert Goldschmidt, I was not picturing the tall lanky black guy I was introduced to. But Robert perfectly captures the experience of young Jewish people today: we defy stereotypes of how Jewish people are supposed to look, act and think. Here Robert opens up to Havurah about being raised in a Messianic home, why the revolution of personal choice is a good thing for evangelism, and how second-generation Jewish believers have more in common with orthodox Jews than we might realize.

Havurah: Hey Robert, can you tell our readers little bit about your background?

Robert: Hey everybody! My name is Robert Goldschmidt, and I grew up in North Carolina. When my grandmother was a baby, my great-grandparents immigrated to Santiago, Chile, leaving Germany on the brink of the Holocaust. Then my mother and grandmother came together to the United States when my mother was a young woman. I never knew my father, but my understanding is that he is of Nigerian background.

When I was around age eleven, my family became very involved with a local Messianic Jewish congregation. Between being raised by two Jewish women, the knowledge that most of our family was lost in concentration camps and our strong ties to the congregation, I always felt being Jewish was the most central part of my identity.

Havurah: We notice that you wear a kippah. Is that something you grew up with or a new thing?

Robert: My family was always more traditional in our Jewish observance. For instance, Shabbat was a very big deal, and everyone had to be home and dressed up. But it was when I was a teenager that I decided on my own to start wearing a yarmulke, or kippah, every day.

Havurah: Interesting. What led you to make that change?

Robert: As I came of age, I really felt a strong pull on my heart to embrace both Jesus as the Messiah and the traditions of my people. It was important to me to have a strong testimony, [to communicate] to those that I meet that I believe in Jesus and demonstrate my Jewish identity in a visible way.

I think that Jewish believers have to commit to Jewish lives as God leads them, and that it will look different for different people. There are Jewish believers who are very observant of Jewish customs and there are those who are not observant of them whatsoever. Personally, I identify most closely with Conservative Judaism, which embraces both tradition and flexibility for modern life.

Havurah: What kind of reactions do you get to your lifestyle?

Robert: Within the mainstream Jewish community, I am often able to have amazing conversations with people who are very intrigued that I believe in Jesus and still keep kosher and observe Shabbat and all of the holidays. Most Jewish people think that the next generation of Messianic Jews will just abandon their Jewish identity, so it really gives them something to think about.

Within the Messianic community, I run into those who feel I’m portraying myself as “too Jewish” or, on the flip side, not being observant enough. I try to just always point people to Yeshua, and say each believer has to follow their own convictions on how to best be an ambassador for Messiah.

Havurah: Okay, so now you are interning with Jews for Jesus. How did that happen? 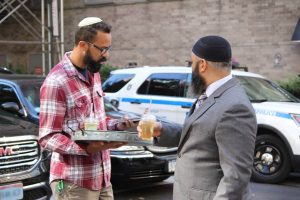 Robert: I worked for a while for a printing and design firm in Charlotte, but I really felt that the Lord was leading me to be a witness for Him in a more direct way. After much prayer and wrestling with God, I finally quit my job to come and serve with Jews for Jesus and explore my life’s purpose. And here I am!

Havurah: You participated in our New York City fall outreach (formerly the Summer Witnessing Campaign). What was that experience like for you?

Robert: I really enjoyed the fall outreach, and I was able to have so many spiritual conversations with Jewish people of all different backgrounds. The revolution of personal choice is a huge cultural force in New York City. People believe you can embrace any lifestyle that you so choose, so Jews believing in Jesus actually seems bold and fresh.

I especially enjoy talking with religious Jews because I know many of them have never heard the gospel. Because I wear a kippah and I enjoy reading rabbinic literature, I have a unique ability to relate to them.

One memorable conversation that I had was with a modern Orthodox guy who was a student at NYU. He confronted me with the question: Who is the Messiah, and how does he relate to modern-day Judaism? I shared with him how, since the very beginning of the Hebrew Scriptures, God has always pointed us to a Messiah, and that if Yeshua is that Messiah then believing in him would be a continuation of Biblical Judaism. It was a very respectful and open conversation, and I hope it stuck with him.

Havurah: It’s no secret that the dramatic growth of the Orthodox community is completely changing the face of American Judaism. What’s your perspective on how we can be reaching this demographic at large with the gospel? 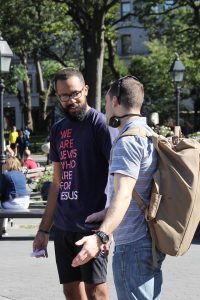 Robert: Can you believe that one-third of Jewish teenagers today are Orthodox? And this trend will just continue as the religious community grows and the secular community assimilates. I really believe that for those of us who were raised as second-generation Jewish believers in Jesus, we have a lot we can relate to young Orthodox about. We were both raised with the traditions and faith of our parents as the dominant force in our upbringing. And we both reach a tipping point where we have to choose to either make our faith our own or walk away.

When it comes to reaching religious Jews, I think we have to put the fear of hostility out of our minds. There are so many creative ways we can engage them with the gospel, and I hope that Jews for Jesus, Messianic congregations around the world and others will take serious steps to build inroads with these communities. Because this is what the future of the American Judaism looks like: young, religious and open to dialogue.

Thanks, Robert, for your time and reflections!

Interested in a story of an Orthodox Jewish man who recently came to faith in Jesus? Keep reading!