Jews for Jesus said, “Behold Your God Jerusalem,” in an unprecedented way this past month. With over 200 staff and volunteers participating, the group engaged in over 5,000 conversations with Israelis about Jesus one on one and had over 200,000 check out their social media posts. In addition, they got the names and contact information of 1,747 Israeli seekers who want to know more about Jesus. During the four-week outreach, 58 Israelis responded to the message by embracing Jesus as their personal Messiah. And Jews for Jesus expects to see this number increase as their regular presence there continues.  Jerusalem is home to 750,000 Jewish people and the focal point of world attention, especially in light of the recent opening of the U.S. Embassy there and the activities surrounding the 70th anniversary of the modern state of Israel.

“Behold Your God” is an eighteen-year effort by the organization to conduct in-depth evangelistic campaigns in every world city with a Jewish population of 25,000 or more. Of the 77 such campaigns that have taken place, this one, centered in Jerusalem, is the “grand finale.”  However, Jews for Jesus Executive Director David Brickner says “This is just the beginning of a new era of outreach for our 45-year-old organization.  We are reaching out to all kinds of people in the city: university and yeshiva students, artists, millennials, boomers, sports enthusiasts, Russian speakers, those trapped in addiction, the poor and the Haredim (Orthodox Jews).  We have experienced relatively little opposition and lots of enthusiastic engagement.”  He went on to say, “When Jesus walked the streets of Jerusalem, he also had a diverse audience, from tax collectors to beggars to teachers of the law and wealthy business folk.  We think he set the precedent for us in 2018 and beyond.”

Unlike previous efforts, Jews for Jesus significantly stepped up the diversity of their approaches to this complex city.  Most people recognize that Jerusalem is beset with conflict between religious and secular Jews, between Jews and Palestinians and between followers of Judaism, Islam and Christianity.  However, some don’t realize that of all the cities in Israel, Jerusalem has the highest poverty level and is fraught with a multitude of social ills.  Part of the Jews for Jesus approach is to serve the city and encourage others to do the same.  “As believers in Jesus, we see how our Messiah lived for others and we want to follow in his footsteps. We are feeding the poor, cleaning up parks and renovating houses and, in the process, demonstrating that the One we believe in wants to heal that which is broken or in need,” says Dan Sered, Israel director of the organization.

Jews for Jesus has offices in Tel Aviv as well as in 27 cities around the world.  The next center going forward will be in Jerusalem.  For interviews, contact Susan Perlman in the U.S. at 415-740-5006 (cell) or at @SusanPerlman1 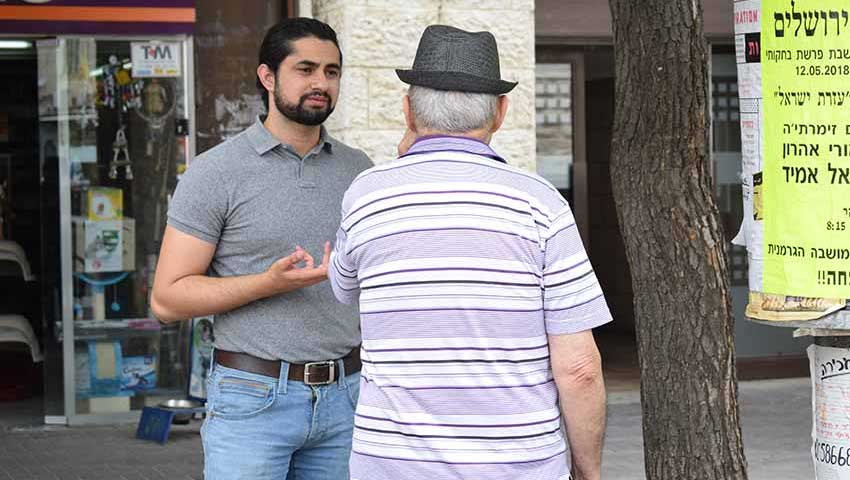 1. Israeli seekers of all ages stop to talk to our campaigner on the streets of Jerusalem. 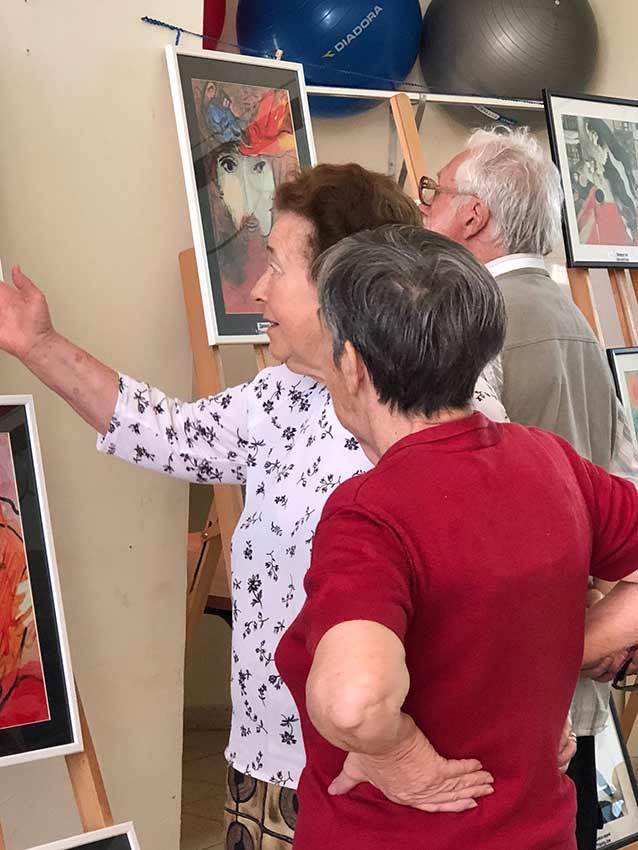 2. An exhibit of Chagall art on display has Russian-speaking Israelis engaged along with a lecture on the place of Jesus in Jewish art. 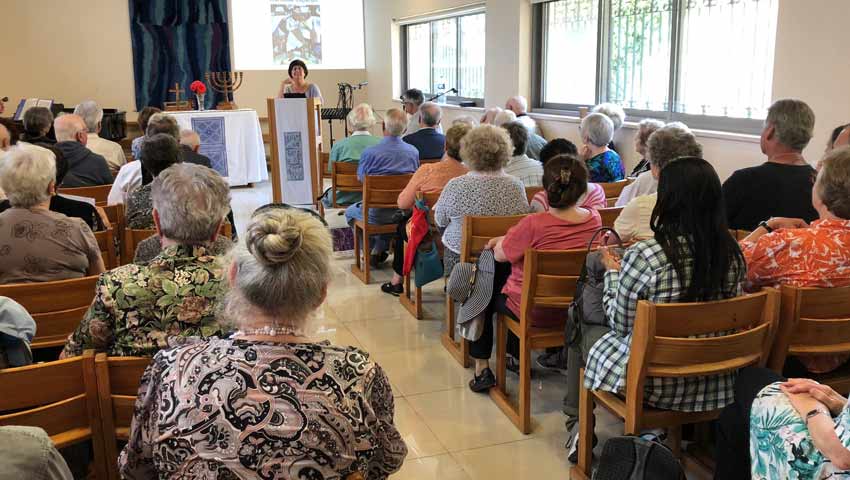 3. A crowd of interested Russian-speaking Jerusalemites listens to the lecture on Chagall and the place of Jesus in Jewish art. 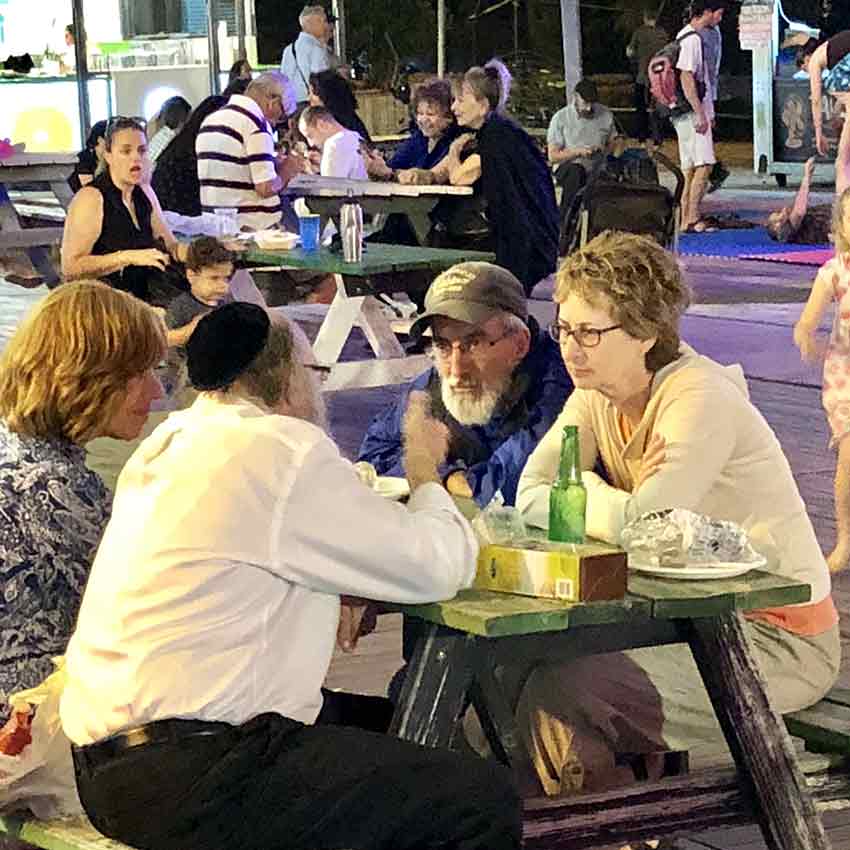 4. A conversation in an open air music venue provided a relaxed atmosphere for conversations about Jesus. 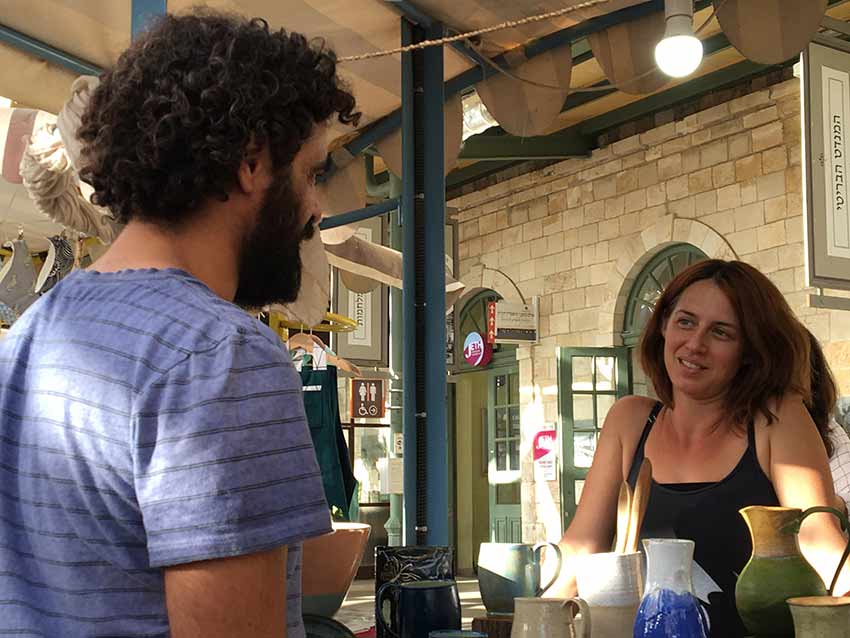 5. Adel Ben David sells her creations along with other vendors, but conversation often turns to the Creator himself.

6. Engaging with a student at Hebrew University, one of hundreds of conversations that took place over the month-long outreach. 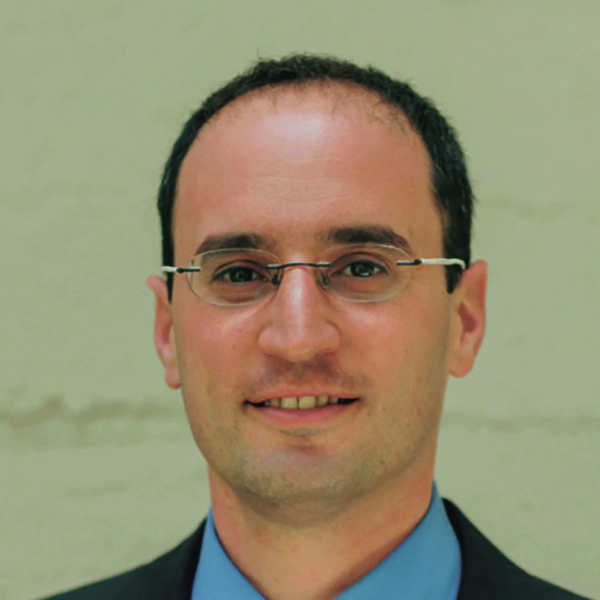